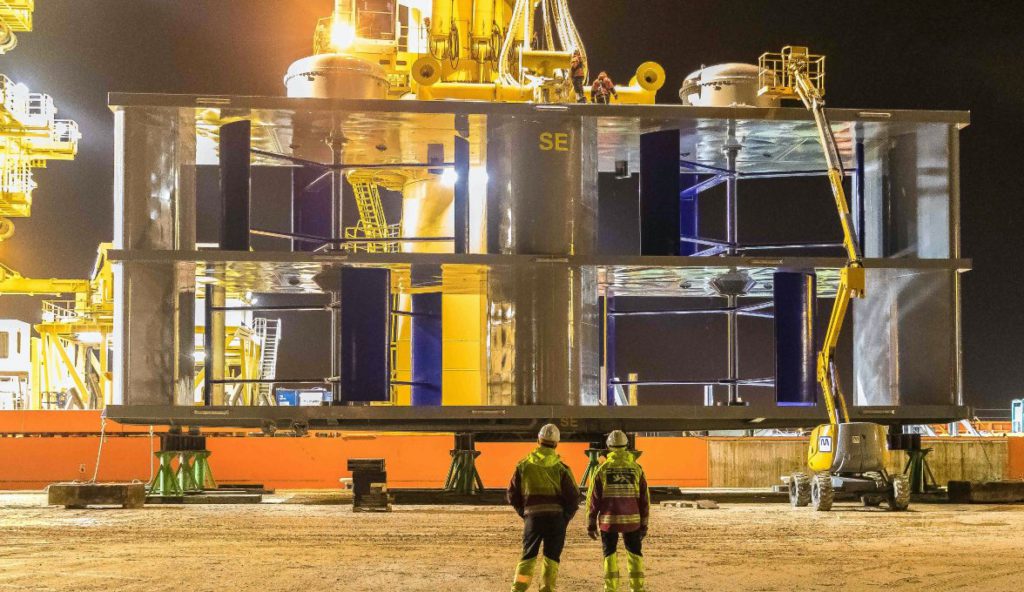 Tidal stream energy capture the force of tidal currents and convert it into electricity. Worldwide, this inexhaustible, perfectly predictable, non-polluting energy source, with no visual or noise pollution, has a potential estimated at around 100GW. In France, mainly at the Raz-Blanchard, near CMN’s workshops, 3 to 5GW of decarbonated electrical power can be installed. The exploitation of tidal power at Le Raz-Blanchard alone would provide electricity for about 2 million French households.

By 2030, Europe aims to reduce greenhouse gas emissions by 55%. Marine energies, and tidal stream energy in particular, will help achieve these objectives. 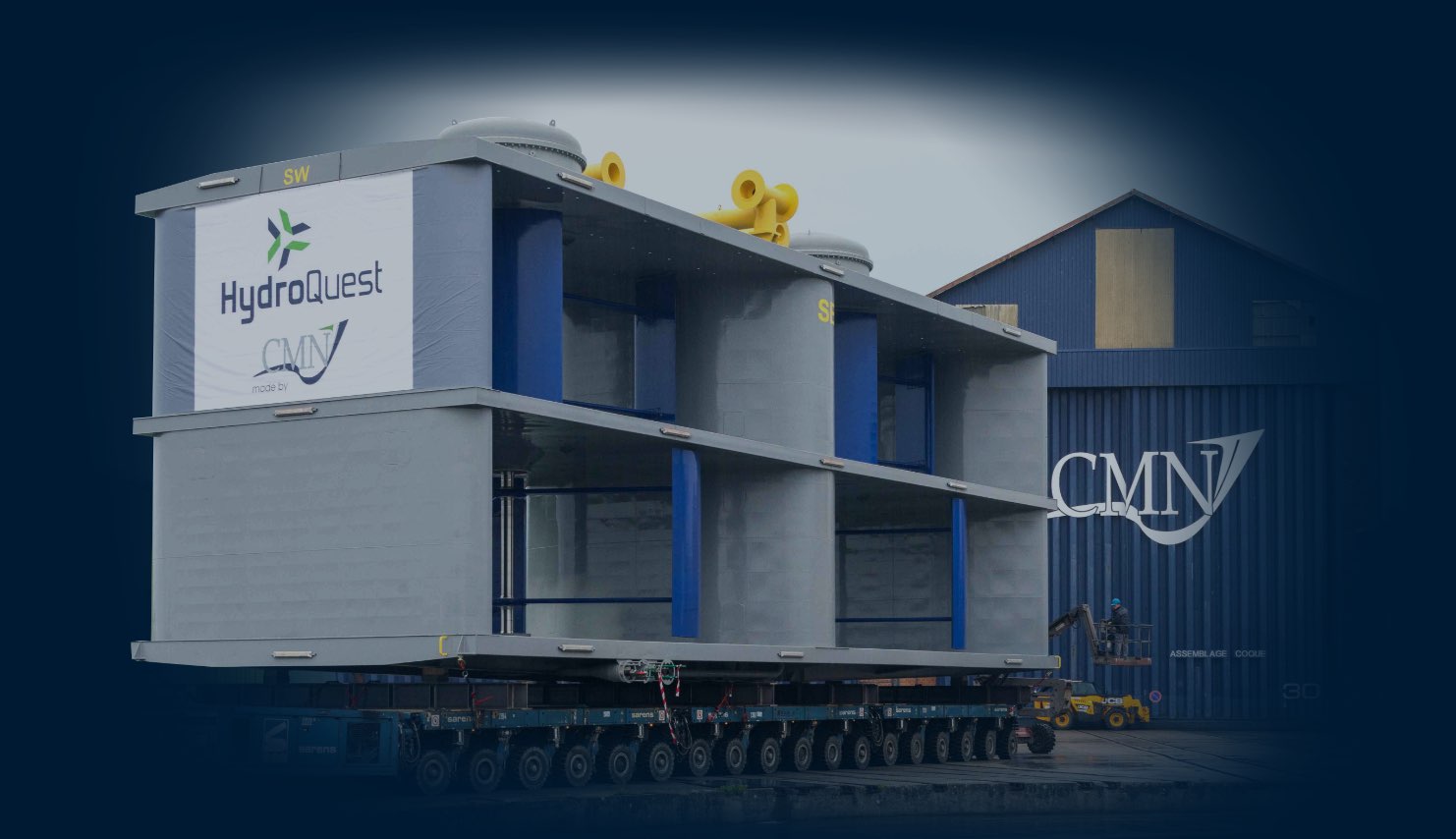 A true pioneer, present in the tidal stream energy sector since 2011, CMN industrializes, manufactures and assembles  tidal turbines based on the concept developed by its partner and subsidiary HYDROQUEST. HYDROQUEST turbines have the best assets to impose themselves on the world market of tidal stream energy.

With the commercial deployment of our technology, hundreds of permanent jobs will be created locally for an economically competitive and perfectly predictable production of electricity.

CMN and HYDROQUEST installed and put into service in July 2019 a first prototype with a power of 1MW on the EDF test site of Paimpol-Bréhat, in Brittany.

HYDROQUEST is developing with QAIR, an independent energy company specialized in the renewable energy sector, a pilot project of marine turbines at Raz Blanchard, in Normandy.

Type your keywords below